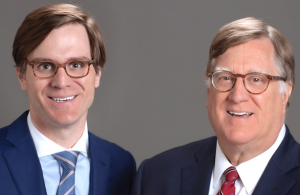 By this being our law firm attorneys’ local municipal court, our Alabama attorneys have been fortunate enough to build connections and relationships with the Mountain Brook Municipal Court personnel over many years of law practice. This court handles misdemeanor traffic ticket violations and local offenses that come under the Mountain Brook municipal code.

Both DUI book author Whitney Polson, and his father, one of the best DUI lawyers in Alabama, Mark Polson, live in the Mountain Brook AL area. Plus, both attorneys graduated from nearby Cumberland Law School at Samford University. Plus, their Homewood-area law office location (2824 Central Ave #200, Birmingham, AL 35209) is only minutes away from the Mountain Brook Municipal Court, Mountain Brook AL.

Why Even a First DUI Offense in Alabama Should Be Fought

Most of the drunk driving arrests by the Mountain Brook Police Department Alabama. Over 80% of DUI arrests by these law enforcement officers are first offense DUI cases. Because preventing a criminal history of driving under the influence is so critical in today’s world, getting top Alabama DUI attorney help to guide your case through the legal process is a smart move.

In Alabama DUI cases, first offense DUI arrests are critically important to handle correctly. These are the cases to fight, if issues exist to challenge the arrest by the Mountain Brook Alabama Police Department. After our full investigation, an alternative for some (but not all) will be to utilize the Alabama DUI diversion program put in place by Alabama DUI laws 2019.

For an Alabama DUI second offense, a conviction carries far more punitive penalties than for the first DUI offense. Any driving under the influence (DUI-DWI) Alabama prior convictions would make you ineligible for diversion. Plus, drunk driving convictions from other states also will count against you in determining if you are a repeat offender under Alabama laws.

In considering lawyers near me to fight your DUI Alabama case, consider our proximity to the Mountain Brook Traffic Court, and the value of our long-term relationships with this municipal court. Plus, Mark Polson is widely regarded as being the best DUI lawyer in Birmingham Alabama, with his forty-six years of law practice.

Every DUI violation counts toward your criminal record, so do not underestimate the devastating DUI penalties and DUI consequences that may occur for an Alabama DUI conviction. As devastating as a 2nd offense DUI may be in terms of misdemeanor punishment, a fourth DUI in five years is a felony DUI in Alabama. Be aware that fighting every impaired driving case is critical.

Also, be aware that an Alabama arrest for DUI triggers an administrative license suspension case that is separate from the criminal law case. Your deadline to file is only 10 DAYS. This filing protects your driving privileges, subject to a hearing that usually occurs within 60 days.

Implied consent law in Alabama is a special statute that all states have enacted that compels drivers arrested for drunken driving or drugged driving to submit to post-arrest testing, to determine what amount of an impairing substance was in the person’s system.

A DUI refusal to submit can cause a total suspension of your ability to drive, if not handled IMMEDIATELY after your arrest. We are glad you found our website if you searched for lawyers for DUI near me.

The Bedroom Communities Outside Birmingham Have Many Alabama DUI Arrests

The City of is one of the most vibrant, upwardly mobile suburbs of Birmingham. The affluent neighborhood of fewer than 25,000 people has a disproportionately large number of quality restaurants (over 50), most of which serve alcoholic beverages.

Alabamians in nearby cities like Homewood, Vestavia Hills, and Birmingham (and from even further away) travel to Mountain Brook restaurants, and some patrons do not get home before getting arrested for a DUI in Alabama. The residential community occupies 12 square miles and is situated south of Interstate 20 in the southeast quadrant of metropolitan Birmingham.

All of Mountain Brook is entirely west of Interstate 459, which runs south from I-20. Laced with highways and feeder streets, Mountain Brook police have their hands full at night, seven days a week.

On its website, the Mountain Brook Chamber of Commerce features the diverse range of restaurants in Mountain Brook AL, featuring ethnic foods and genres of all types, and promotes the “Mountain Brook Restaurant Trail Challenge” each year.

Reputed to also be the originator of the modern business park, the City of Mountain Brook also is

heavily invested in the preservation of trees and the quality of suburban life for the up-and-coming town.

Since the Mountain Brook Police Department makes 95% or more of the arrests for drunk driving in the restaurant hub, most drunken drivers are taken into custody by the Mountain Brook police. Alabama State Troopers arrest the other 5%, but these cases also start in the Municipal Court of Mountain Brook. The courtroom location is 56 Church Street, Mountain Brook, Alabama.

Your traffic offense case can be moved to Jefferson County District Court, for a jury trial, or for appeal from a Mountain Brook Municipal Court conviction at a non-jury (bench) trial, where the aggrieved person may be entitled to a de novo trial in that court of general jurisdiction. This means that your DUI attorney gets to start over and try the case with a different judge and jury.

The Municipal Court of Mountain Brook, Alabama is like a “filtration system” for misdemeanor traffic offenses for Jefferson County Courts and can handle its municipal court docket. Negotiated pleas or non-jury trials can take place here, and DUI fines and other alternative sentencing may be available for traffic ticket cases involving driving under the influence (DUI), hit and run in Alabama, and other serious or non-serious traffic violations. 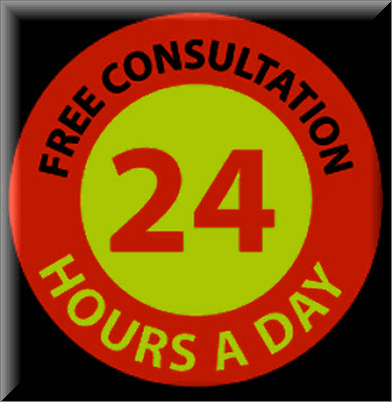 The Polson Law Firm’s strong, long-term connection to this municipal court provides them with experience and close ties to this local court. Call our DUI law firm now, 24 hours a day, for immediate attention to your legal issue. (205) 871-8838.

Get FREE legal advice from a Mountain Brook Lawyer for DUI defense at your initial FREE lawyer consultation. At nights or on weekends and holidays, our criminal attorneys STILL WILL ANSWER and speak with you: (205) 222-4544. When you need “criminal defense lawyers near me,” our law office is here to help, with 24-hour DUI defense attorneys to serve you.

Is a DUI a Felony?

The hiring of legal counsel is an important decision that should not be based solely upon advertisements.